Blysster Press Adagio for the Fallen: Infernal Symphony Part 2 While searching for his missing father, Luke discovers a portal to Lunaris: a realm much like our own, but with a dark twist—it's ruled by a cunning devil king. Trapped in a whirlwind of Satanic rituals and political uprising, Luke is torn between saving his father and protecting his friends from the king's demonic wrath.
$12.99 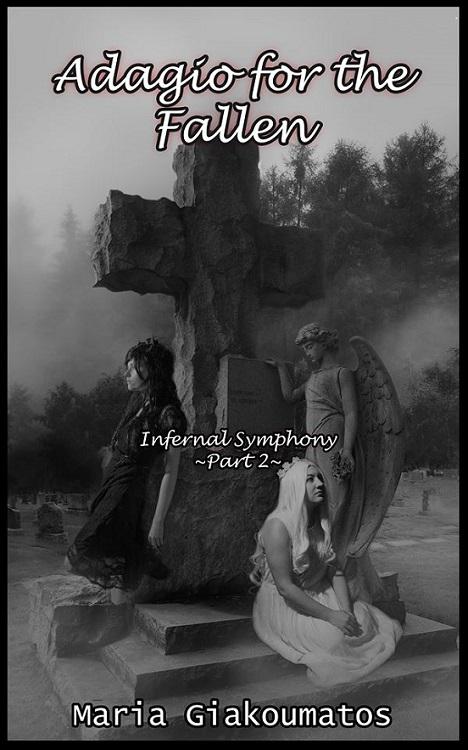 It's been three days since 16-year-old Luke Reed's father disappeared. Three days since his father's paranormal investigation crew was last seen searching for a portal to another spiritual realm in an abandoned church. Three days since Luke started having the same eerie dream of an unknown voice calling to him from the darkness.

When Luke and his friends search for the portal, they discover Lunaris: a realm much like our own, but with a dark twist—it's ruled by a cunning devil, King Lysander. Lost in this strange world, Luke turns to the king to help him find his father. The cost? Luke must first return Lysander's brother, Zalem Mavro, back to the palace.

What seems like a simple task takes a complex turn when he befriends two quirky angels, a feisty demon princess, and none other than the elusive Zalem himself—all who warn him of Lysander's insidious plans to dominate all spiritual realms with his infernal powers. All who possess their own dark secrets. Meanwhile, the voice in his dreams is growing more sinister by the night.

Trapped in a whirlwind of Satanic rituals and political uprising, Luke is torn between saving his father and protecting Zalem from Lysander's demonic wrath. . . But can he protect his soul from the mysterious entity haunting his nightmares?

There are no reviews yet, submit yours in the box provided.
Please sign in or create an account to submit a review for this product.