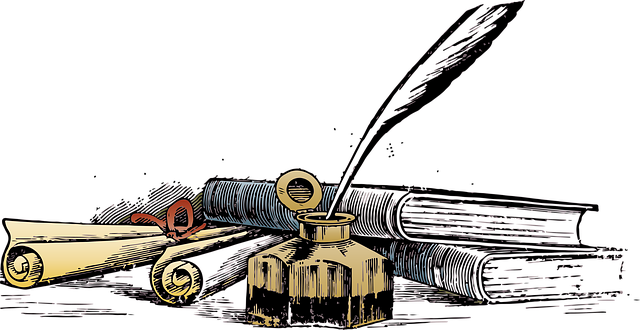 How to Avoid Writing Contest SCAMS!

Writing contests can be a lot of fun and an excellent way to teach you to write with a deadline. They’re great exposure, a fantastic opportunity to network, and a good way to hone your craft. Unfortunately, they’re also a perfect way for unscrupulous companies to screw authors over. This is a rather long read, but it’s important to protect yourself. Take the time to read and understand what to look for and what to avoid with writing contests.

The first rule of selecting a good writing contest is to do your research. Learn the contest’s rules and guidelines, and especially read that fine print. Research the people in charge of the contest, too. Talk to people who have worked with the company (past or current authors, editor, artists, past winners or contestants). These are the people who will have first-hand knowledge of the company and the people involved. Talk to the winners and those who didn’t place to get a full view of the situation.

Be Sure You Understand the Lingo

The second rule for choosing a writing contest is to fully understand the language used on the site and in any advertisements. Don’t be fooled by confusing lingo or promises that seem too good to be true. ASK the contest head directly. Ask for clarity. If they balk at your questions, turn and walk away. Simple as that. If they seem unable or unwilling to give a simple, straight answer, WALK AWAY.

Don’t Judge a Book by its Cover

Third, never judge a company or contest by just one aspect. Be sure to look at the contest as a whole. If there is more than one red flag, seriously consider walking away, but research to be sure you have the whole story. One misunderstanding or miscommunication might derail your confidence in the company, but it’s often an innocent mistake. Give the organizers an opportunity to clarify. Ask questions! It might just be a poorly worded sentence or a mistake by the web designer, artist, or someone not even responsible for the contest. 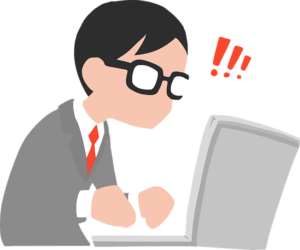 You can learn a lot about a company by reading their contest guidelines. Some common red flags in contest guidelines are below. We’ll show you the language often used by shady scam artists and how to decipher their true meaning.

1. “Shady Publisher has first right of publication of entries and has the right to edit entries  as needed”

The second red flag in this example is that they have the right to ‘edit entries as needed’. That doesn’t just mean missing punctuation or misspelled words; that sentence grants Shady Publisher the right to change anything in your story. They can change names, genders, events, locations, everything—without your permission. Minor editing is always necessary, but this vague statement leaves too much wiggle room!

Asking for exclusive publication rights is not bad—nearly all publishers do this. However, the statement above, coupled with the one below, makes this a very bad situation for authors.

Remember that first red flag about first rights? Shady Publisher has first rights to ALL entries, which means they can hold them as long as they like. IF they choose to publish your work at some point, you have to wait five years to own it again. You have signed your rights away. What if they don’t print your story in the contest book? What if they wait 6 years then decide to publish it? As written, you still have to wait 5 more years after publication to get your rights back. That’s 11 YEARS!

3. “Top entries will receive an award.”

Great, but WHAT are the awards? Is it money? A flight to an awards ceremony? A trophy, sculpture, certificate? Recognition on the website? A moldy piece of cheese wrapped in dried chicken snot? This ambiguous promise of ‘an award’ leaves a lot of room for interpretation. While contest organizers don’t always know the exact amount of award money they’ll have by the end of the contest and may not have had a full list of prizes when they first announced the contest, they should provide some idea.

4. “Enter one of 100 categories! Enter your story in multiple categories to improve your chances of winning.”

Be leery of contests with tons of categories. Lots of categories mean lots of people entering and handing over the entry fee. If there is no entry fee, and the rules are similar to what is written above, that means Shady Publisher is just collecting filler for future publications—remember red flag number 1: they have first rights to ALL entries!

As for the multi-category entry for one story, think about it. Your story hasn’t changed at all, so why should entering it in multiple categories help you win? Basically, every person is a ‘winner’ at that point. Enjoy your moldy cheese and chicken snot.

Ambiguity is Your Enemy

Just as a good writer would never fill a novel with ambiguous, confusing sentences, a good contest organizer would never fill their contract with that slop. Beware ambiguous statements and vague promises. Contests should clearly state who to send entries to, the length expected, what the entry fee is, what the prizes are, and what happens to your entries should you win OR lose. Who has the rights, you or the publisher? Who are the judges? How is the contest judged? Is there a ceremony? Everyone wants to know what the prizes are, so be sure they’re listed. If the prizes are based on the number of entries, it should say that.

What are some good writing contest prizes?

Some Final Points on Writing Contests

Wow, you’ve made it all the way through this beast of an article? Good for you! That means you actually give a crap about avoiding contest scams. We have a few more tips to help you protect yourself, though, so don’t leave yet.

There are some other things that mark a contest as a scam, of course, but this list should give you a pretty good understanding of how the contest scams work and what to look for. If in doubt, ASK! Go send an email to the people in charge and ask them to explain the things you don’t quite understand. If you get a fishy feeling, walk away.

**Charity Becker is the author of our top-selling supernatural series “Presence” as well as several kids and family books. In addition to writing, Charity is a professional editor. She writes for video game companies both in the US and internationally. She loves chatting with her fans and meeting new people, so find Charity on Facebook!

Blysster Press puts the power and profits back into authors’ hands. 100% profits for authors, 0% for the publisher–as it should be!